Propaganda and the Personal 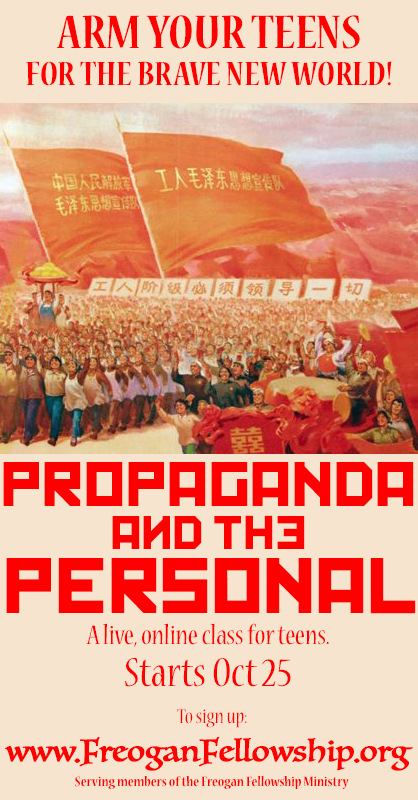 "Propaganda and the Personal" is one of the first two classes that our new PMA education venture (Freogan Fellowship Learning) we will be offering,  beginning the week of October 25th. You can get more information, or sign up now by emailing us.

This course will explore propaganda, politics, and the personal, with a focus on the 20th Century up to the present moment. We will examine some of the key players, the ideologies, and the techniques that have led us to the current crisis, as well as what our part in it has been and could be.

We will compassionately interrogate our own biases and assumptions so that we are not doomed to repeat, and we will find ways forward – to begin building a future that we truly want for ourselves and our communities.

Each class runs for eight weeks, with two live class sessions per week.

For those who sign up before October 1, the cost is $240 plus a small materials fee.

Note that Freogan Fellowship Learning is part of a private membership association, and serves only members of the association. This means that anyone taking our courses must first become a member. Membership is free, and can be cancelled at any time.

Please get in touch if you have any questions!

For anyone who missed it earlier, here is my presentation on Sanctuaries for (Medical) Freedom, with Freedom Hub:

F0r a longer version of this presentation, that includes more history, and a discussion of why govt. regulation of medicine doesn't accomplish what it purports to - but doesn't include all of the solutions that are in the Freedom Hub video, see here.

You can find more Freedom Hub videos here or here.

How to be Free in an Unfree Society

Recently, I was on Josh Scandlen's show, talking about our upcoming education venture, building the structures that will replace what is crumbling around us, PMA healthcare, backyard chickens & CSAs, the rebirth of China in the late '80s and '90s... and the tremendous opportunity we have for bringing about liberty:

This conference is not for everyone.

My friend Dr. Edith Ubuntu Chan has brought together some of the most powerful voices in homeschooling and unschooling, for a three-day conference dedicated to breaking old education paradigms and building new ones.

This fall, many families are RISING UP and choosing to raise their children in ways that are far more respectful, and honoring of the individual child, than most of what we know as "education" has been.

If you are among them, consider signing up, here.

(Note: This is an affiliate link, and I will get a little something for everyone who signs up from it.) 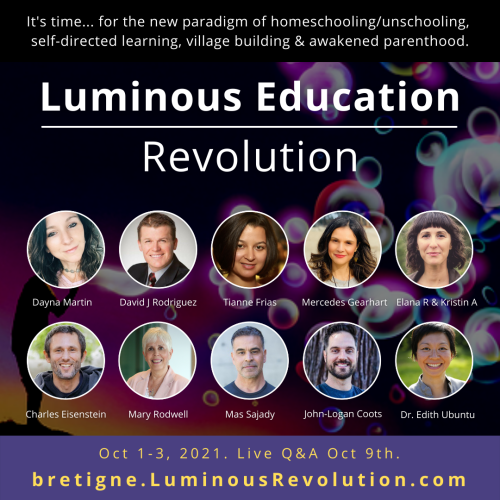 Creepy? Or wonderful? Or maybe a little of both? 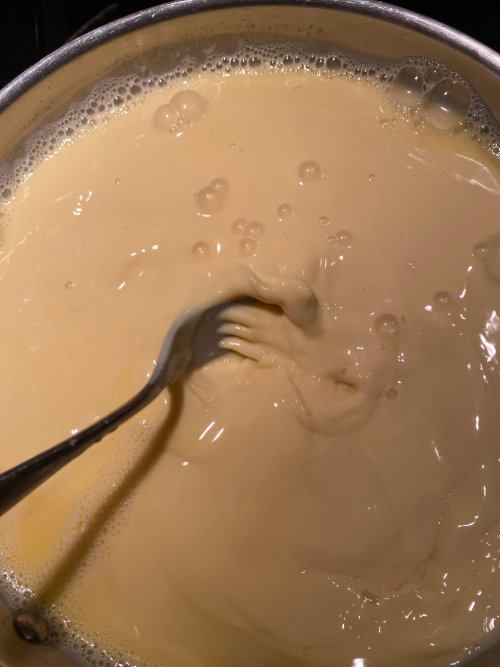 It's a little after 8:00pm on the night of the recall election - the election to remove (or not) California Governor Gavin Newsom.

I really have no idea which way it's going to go, and I'm not even sure I care. On the one hand, it would be awesome to give the criminal Newsom a public black eye, and to get him out of office.

But on the other hand…

I know that as much as it may seem as if what California has become can be laid at the feet of one man, the source of our problems is much much deeper. And I worry that if Newsom is recalled, it may generate complacency among those of us who are of the anti-totalitarian persuasion, and we may ease up just a little on the work we need to be doing to ensure that nothing like this can ever ever happen again.

So I don't know. But I guess what I do know is that however this election turns out, my work remains the same.

And no election is going to address any of that.

So, even though I did vote (yes to recall the bastard), I can honestly say I am ambivalent about which way it goes.

Which is fine, because as I said, what I have to do doesn't change all that much - not at all really - based on the outcome of the recall election.

So I spent tonight doing what I usually do, lots of chores, a few tasks regarding the upcoming launch of our new education initiative (see here for details!) - and helping our son make custard.

Our teenage son happens to be a brilliant cook, and he recently discovered custard. Not the kind you bake, but the kind that goes inside choux pastries and on some tarts. He hasn't attempted the pastry part yet, but he's done an awesome job with the custard and I'm really proud of him. (And when I say I "helped" him, I mean he let me stir a little when his hand got tired.)

Here's something I noticed about making custard.

Once all the ingredients are blended, and you're stirring or whisking it on the stove, it can be frustrating because for a long time it can seem like nothing is changing, but then you get to a point where you recognize that something is changing. And it's an interesting little spot in the cooking process. Because the custard isn't yet thick, and I'm not even sure I'd say it's "thickening". The consistency doesn't seem to be any different yet. But something has changed. There are fewer bubbles now, and it all seems to be "coming together" somehow. It's a little hard to explain actually.

And I think that's where we are now. By "we", I don't just mean Californians, or even just Americans. I think I might mean the whole world. At least the parts of the world that have been upended by the Covid tyranny.

What do I mean by that? I DON'T KNOW. I just know that when I take a step back and try to look at the world I live in from some sort of distance, as if I were an outsider, something has really shifted.

Obviously, we've all been experiencing an unprecedented (in the US, UK, and parts of Europe anyway. Probably also Australia) level of outright totalitarian tyranny for going on two years now. But that's not what I mean.

What I mean is that there is a real chaos to things now that wasn't there before. A genuine weirdness - from the fact that the person sitting in the Oval Office is very openly senile, to the complete lack of logic behind "vaccine passports" for a vaccine that - again, openly - does not prevent transmission, the resignations of top FDA officials, the now regular flip-flopping on major issues by public-health bigwigs, the quite literally Orwellian (and again, very open) altering of official definitions of long-established medical terminology to suit a political agenda, to… well, pretty much EVERYTHING about California.

What's weird about it is not the chaos itself - I think that can be explained. What's weird is that there are still a whole lot of people who don't recognize it as chaos. Who don't see the lack of logic, or question the altering of definitions, or maybe even think that there is anything at all amiss in this whole experiment in total statism.

And what seems to be happening now is that the divide between those who recognize the chaos and those who do not is widening very quickly.

We are at some sort of critical point now. The dimension of our world that is made up of our connections to one another, of our social groups, our "tribes", and even our friends and our families, that dimension has undergone unprecedented seismic shifts over the past 18-plus months, and that shifting seems to be coming to a head now.

The consistency of the custard is changing. It's not yet "thick", and it's not yet clear just how it's going to turn out. But the very chemistry of things is different now. Some elements have been separated from each other, and other elements have become bound very much together.

What is this all going to mean? I honestly don't know. But I believe that it is very significant, and I also believe that this shifting will mean unprecedented opportunities for real change.

WTMWD #71: Jeff Tucker on the launch of the Brownstone Institute - and the racist history of infectious-disease fearmongering

In this episode, I speak with long-time liberty hero and entrepreneur Jeff Tucker, about his launching of the Brownstone Institute in response to the worldwide authoritarian response to Covid-19, and why the Institute's efforts are so needed now.

We also talk about one of the primary - but little talked about - driving forces behind racial segregation and the eugenics movement: Fear of infectious disease, and the belief that those of "inferior" races were more likely to be disease vectors than were those of "superior" genetic makeup.

You can read Jeff's piece on that here.

...and his book on the lockdowns is here.

The book we discuss in this episode is "The Great Covid Panic: What Happened, Why, and What To Do Next", and can be found here.

I mentioned FreedomCells - you can learn more about them here.

You can visit - and support - the Brownstone Institute, here.

HILARIOUS! News station solicits stories from those who have lost "unvaccinated loved ones" - gets an avalanche of vaccine-injury stories instead

And here are a few screenshots, for when WXYZ-TV inevitably deletes the post: 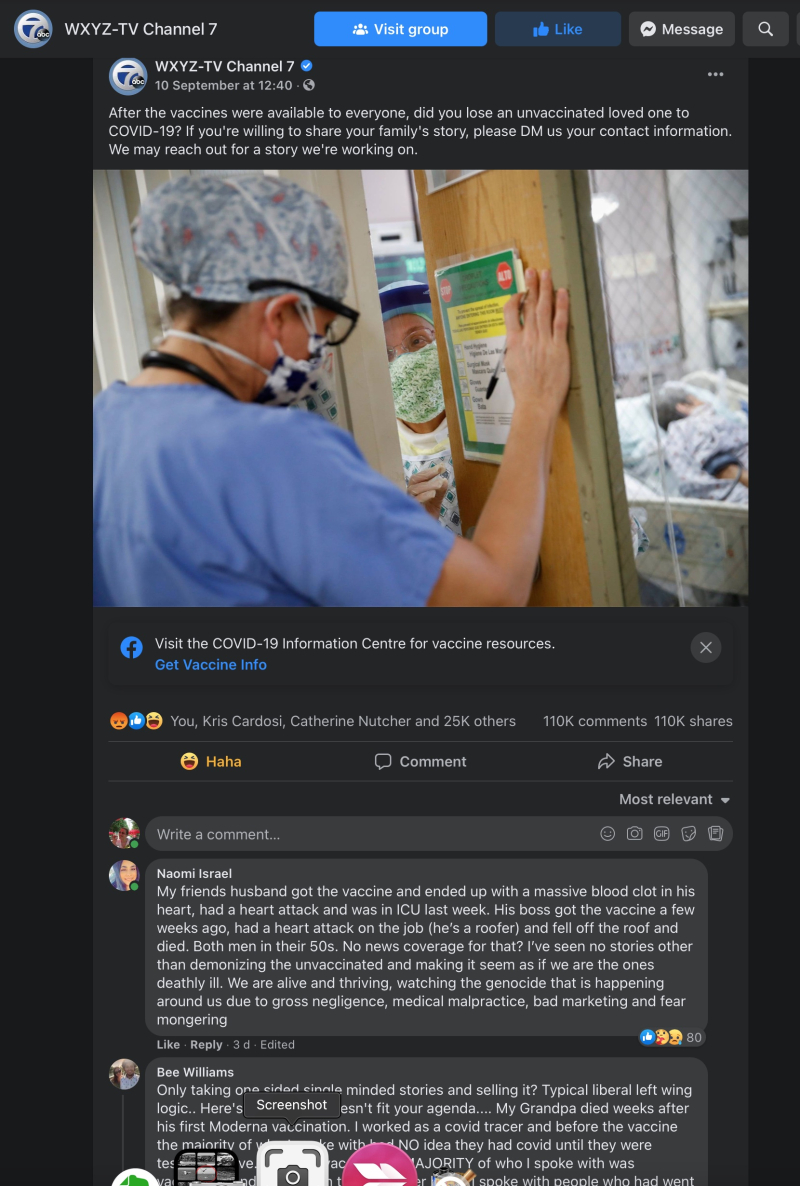 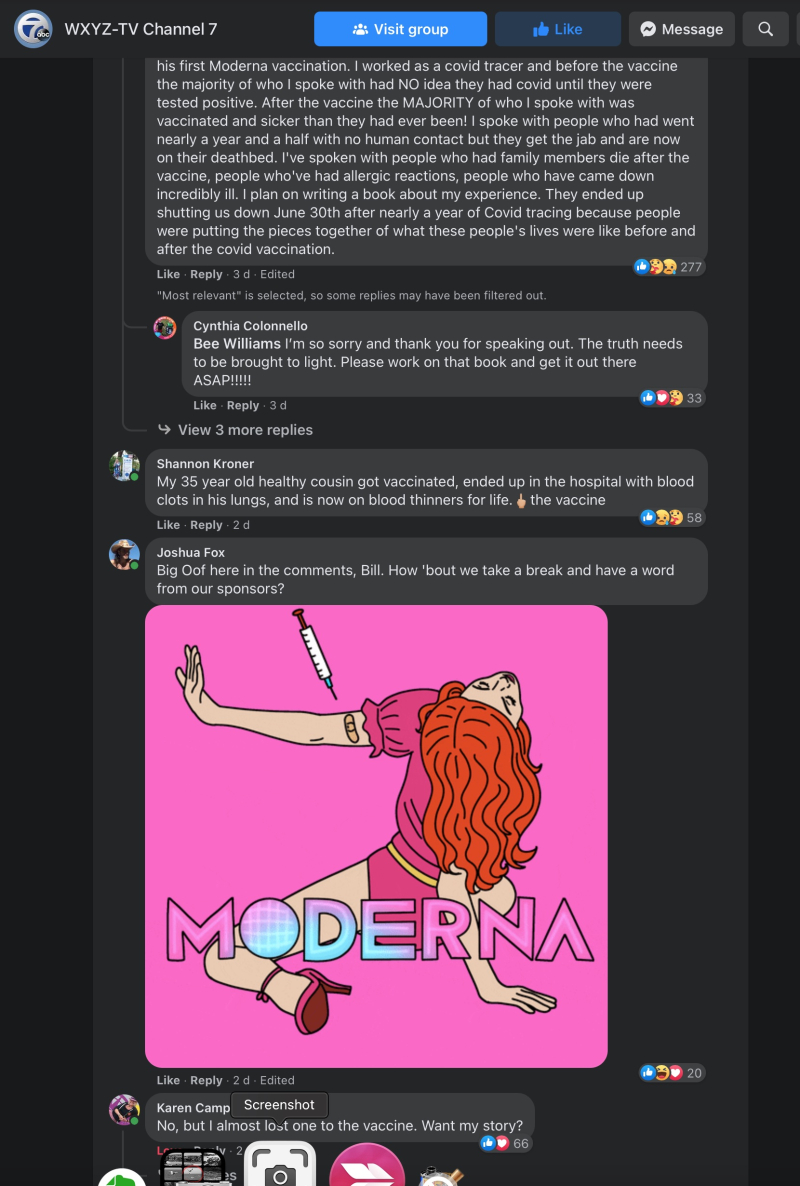 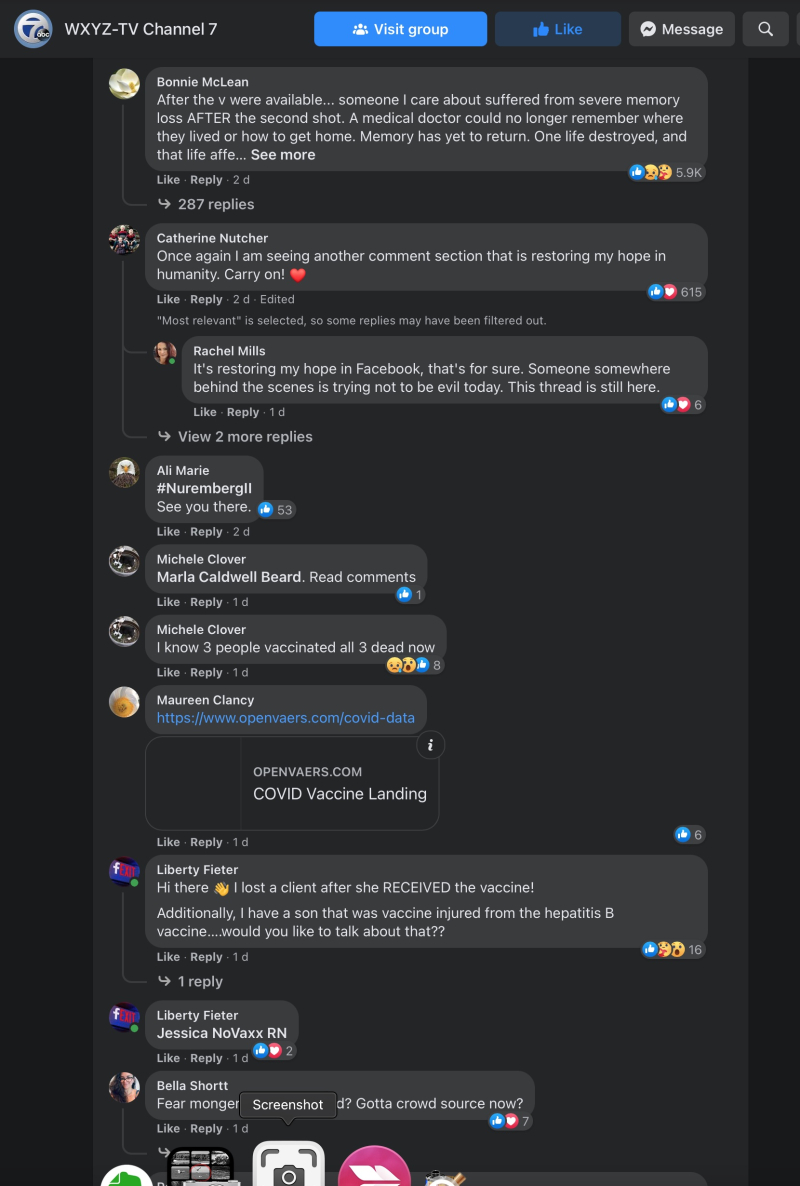 WTMWD #70: Jeremy Hammond's "The War on Informed Consent: The Persecution of Dr. Paul Thomas by the Oregon Medical Board"

Jeremy Hammond's latest book tells Dr. Thomas' story, but is really about much more: Hammond builds the context within which the persecution of Dr. Thomas arose, and in doing so, tells the story of today's health freedom movement.

Anyone who wonders where that movement sprung from, or why thousands of parents around the world are so passionate about defending their right to choose what medical treatments their children are given, should start with this book.

Jeremy's book, "The War on Informed Consent: The Persecution of Dr. Paul Thomas by the Oregon Medical Board", can be found here.

You can find Jeremy's writing, and support his work, here.

And my interview with Dr. Thomas from last December is here.

Dr. Keith Smith, of the Surgery Center of Oklahoma,  is one of the heroes of the free-market healthcare reform movement. In this episode, we talk about what's really behind the dysfunction of this industry - and what can be done about it.

See ReasonTV's 2012 piece on the Surgery Center of Oklahoma.

And this is the site for the Free Market Medical Association. 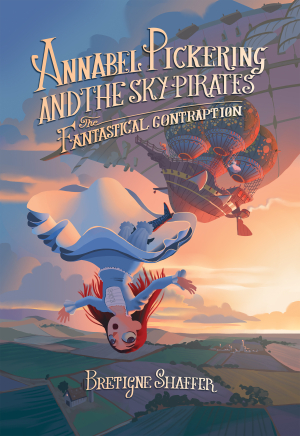 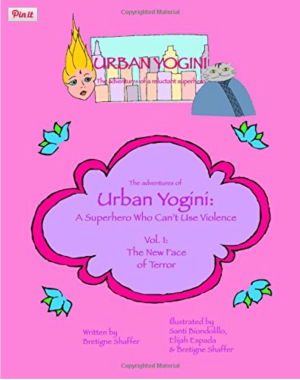 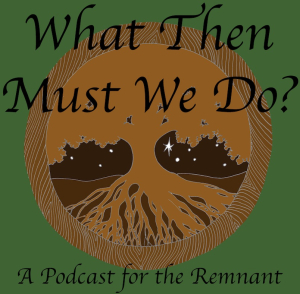